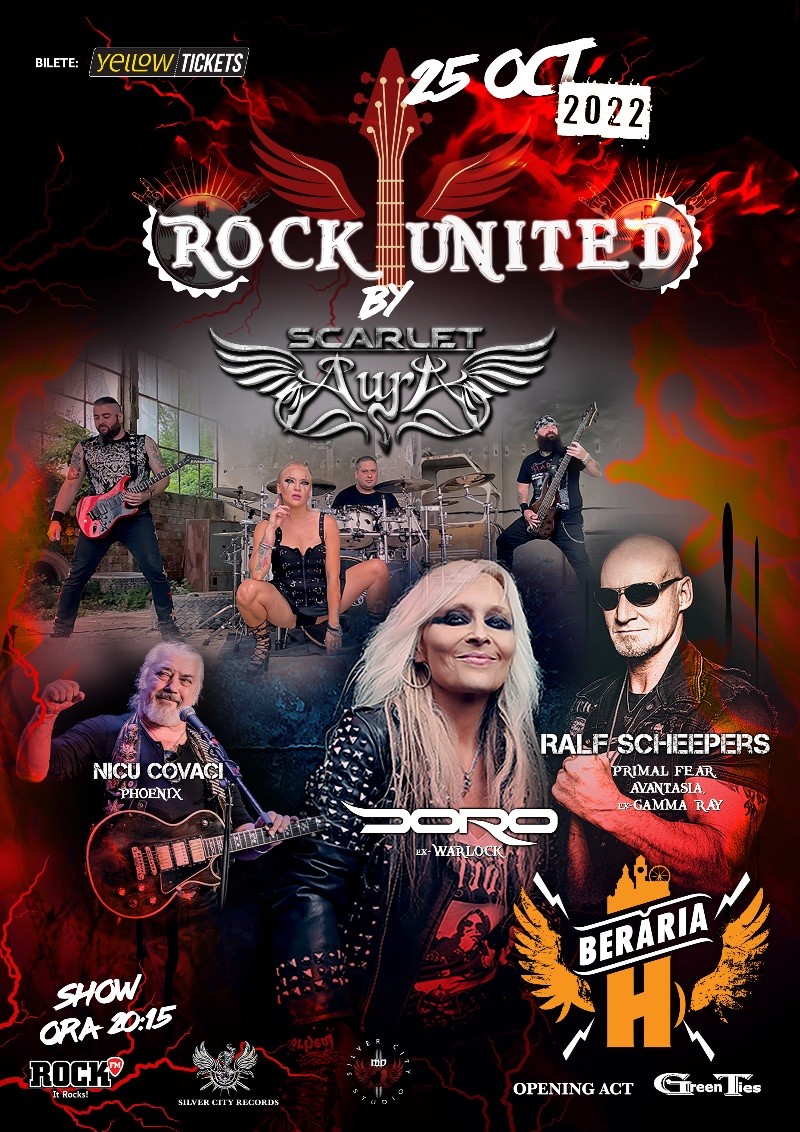 The first edition of Rock United by Scarlet Aura will take place October 25 at Beraria H and will unite on stage key figures of the local and international scene in an unprecedented event! The two stars joining the debut edition of Rock United by Scarlet Aura are the metal queen – Doro Pesch and Ralf Scheepers, the legend whose voice identifies with the music of Primal Fear, Gamma Ray, and most recently, Avantasia.

Scarlet Aura promises a majestic show featuring an entangling mix of own songs, most loved covers and landmark tracks released by special guests, performed together.

Aura Dănciulescu, lead singer of Scarlet Aura explains: “Just like our guests, we live, feel and sing metal. And the passion for metal is the trigger that set in motion the mechanism that brings today to Romania this fabulous line up! We invite you all to join Rock United by Scarlet Aura, the first edition of an event we plan to reiterate yearly!”

Doro Pesch has been making metal history since the 80s and released stelar hits like “Raise Your Fist”, “Für Immer”, “All We Are”, or “Metal Tango.” Nicknamed The Queen Of Metal, Doro holds a special place in the gallery of female singers of the metal scene, as one of the most loved performers of the genre.
https://youtu.be/VOPRAID_4UA

The list of celebrity guests continues with one of the most poignant male presences of the metal scene: Ralf Scheepers. His voice brings to life hits like “Angel In Black” or “I Am Alive” (Primal Fear), “Heading For Tomorrow” (Gamma Ray) and “Dying For An Angel” (Avantasia).
https://youtu.be/7171SvM-Ouk

The Book of Scarlet Trilogy: